Joining forces with active members of the aviation industry, Collège April-Fortier has developed a new course for those aspiring to become flight attendants.

This training has as its primary objective to prepare the candidates to succeed in the selection process by the various airlines. The emphasis will be on learning about airline operations, the responsibilities of the flight attendant, qualifications, schedules, security and in-flight service.

The course has been developed by Hans Obas, aviation specialist and commercial pilot with Air Transat and by Gilbert Thuly, flight director in charge of flight attendants and Aimée Galardo, crew instructor at Sunwing Airlines.

The next session will begin May 8 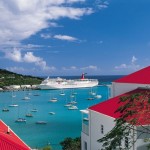 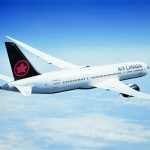 New look for Air Canada planes, and new onboard wines, dining for passengers