What You Knew About The Flight Attendant Job Description Is Probably Wrong!

With everything that’s been happening in the world lately around planes and flight attendants, people need to reminded of something: What is the flight attendant job description?

Many of the responsibilities of a flight attendant go unnoticed by the general public. All the sacrifices we make on a daily basis are immensely under-appreciated.

It’s funny that to most people, a flight attendant is just one who greets, smiles, helps with cabin luggage, and then delivers the food and beverages.

What Really Is The Flight Attendant Job Description?

A letter written by a flight attendant to a passenger a few years ago is the perfect answer to the question above. I wish I knew who the writer was. He or she deserves to be recognized as this letter captures the very core of the flight attendant job description.

Read the letter below:

“Dear Passenger in 5A, Yesterday when I wouldn’t let you come to the front of the airplane because the pilots were going in and out of the cockpit, you informed me I was “just a flight attendant”.

I’ve had some time to reflect on that and decided to educate you on a few facts regarding this flight attendant.

I’d like to share with you some of the personal experiences I’ve had in the last twenty years as a flight attendant:

I’ve held the hand of a grieving mother who was flying across the country to claim her 21-year old son’s dead body. I have given my personal clothes to a passenger who threw up all over themselves and had nothing else to put on. I have been poked in my arm and sides many times by people who can’t wait for me to finish with one person before they get their drink. I have held babies while their parent went to the bathroom.

I have been yelled at for not having the exact meal a person wanted. I have prepared an aircraft for an emergency landing and while you were arguing with me about not wanting to turn off your mobile phone, I was hoping I would be able to see my children one more time.

I stood with tears in my eyes at the door of an aircraft while the remains of a soldier was lowered in a flag draped coffin thankful it wasn’t my child, and grieving for the families who stood on the tarmac. I missed Christmas Day with my own family so that you could be with yours.

My work schedule is constantly changing and there are times I go 5-6 days without a real night’s sleep. I watched the events of 9/11 in horror, heartbroken for what my colleagues went through that day.I reassure my child that I would come home – all the while knowing it could happen again.

I watched a man die in front of me because the CPR we performed didn’t revive him, then tried to reverently place his body on the airplane floor for the remainder of the flight and when we landed sat with his body for over an hour until the coroner could pick him up.

I have a college degree, am a mother, a grandmother, a friend, a human being. So the next time you look at me and think “just a flight attendant” I hope you quickly remember who is trained and willing to get you out of a crashed airplane, hopefully save you from hijackers, perform CPR on you if need be and – the easiest part of my job -give you food and drinks.

Next time you need to travel perhaps you should avoid this “just a flight attendant” and take the bus.

If you’re a flight attendant, we understand you, appreciate you and love you.

If you’re a passenger, think deeper. There’s so much more than what you actually see.

Now it’s your turn! Tell us what you think about this post in the comments.

Are you ready to apply for cabin crew jobs? 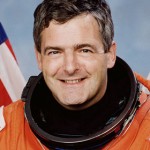