An anonymous flight attendant’s response to a dismissive passenger

This  letter has been circulating for quite a while. If you are considering a career as a flight attendant, read this.

Yesterday when I wouldn’t let you come to the front of the airplane because the pilots were going in and out of the flight deck, you informed me I was “just a flight attendant”. I’ve had some time to reflect on your words. I decided to educate you about this flight attendant.

First, let’s review my training and requirements for this job. I know how to fight fires–while 35,00 feet in the air; I can perform CPR, do first aid-basic all the way up to inserting an IV; I know how to identify guns and weapons; identify bombs and then move them to a location on the aircraft that will hopefully cause the least damage should they go off; I know basic survival skills for land and water; I know how to disarm people; how to actually kill someone if need be; how to prepare an airplane for an emergency landing so that every passenger has the best chance of survival, then evacuate that entire aircraft–which may have hundreds of people on it–in under 90 seconds; I have been taught how to deal with people from many different cultures, people who are disgruntled, and people who are downright rude. I received excellent training in all these things. Every year I must pass intensive FAA mandated refresher training, and continually learn new skills.

Second, I’d like to share with you some of the personal experiences I’ve had in the last twenty years as a flight attendant:

I’ve have held the hand of a grieving mother who was flying across the country to claim her 21 year old son’s dead body;

I have given my personal clothes to a passenger who threw up all over herself and had nothing else to wear;

I have been poked in my arm and sides-many times-by people who can’t wait for me to finish with one person before they get their drink;

I have held babies while their parent went to the bathroom;

I have been yelled at for not having the exact food a person desires–since we can’t just pull over and get it for them it must be all my fault;

I have prepared a aircraft for an emergency landing. While you were argued with me and refused to stow your laptop computer, I hoped I would be able to see my children one more time;

I stood with tears in my eyes in the door off an aircraft while the remains of a US soldier were lowered in a flag draped coffin. I was thankful it wasn’t my child. I grieved for the families who stood on the tarmac waiting for their loved one’s remains;

I have had the honor of flying US troops into foreign deployment areas;

I missed Christmas Day with my own family many years so that you could get to your family;

My work schedule is continually changing. There are times I go 5-6 days without a real night’s sleep;

I watched the events of 9/11 in horror, heartbroken for what my colleagues went through that day. I was scared to go back to work, but I reassured my child that I would come home–all the while knowing an act of terrorism involving an airplane could happen again;

I watched a man die in front of me because the CPR we performed didn’t revive him. We reverently placed his body on the airplane floor for the remainder of the flight. When we landed, the flight attendants sat with the gentleman’s body for over an hour until the coroner could pick him up.

Please know that I love my job and choose to do it. I have a college degree, am a mother, a grandmother, a friend, and a human being.

So the next time you look at me and think “just a flight attendant,” I hope you quickly remember that flight attendants are trained and committed to get you out of a crashed airplane, hopefully save you from hijackers, perform CPR on you if need be and–the easiest part of my job–give you food and drinks.

If you have so little respect and understanding for me and my duties, perhaps you should avoid this “just a flight attendant,” and use a different means of transportation. 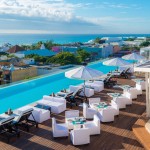 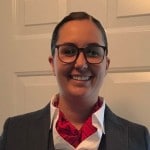